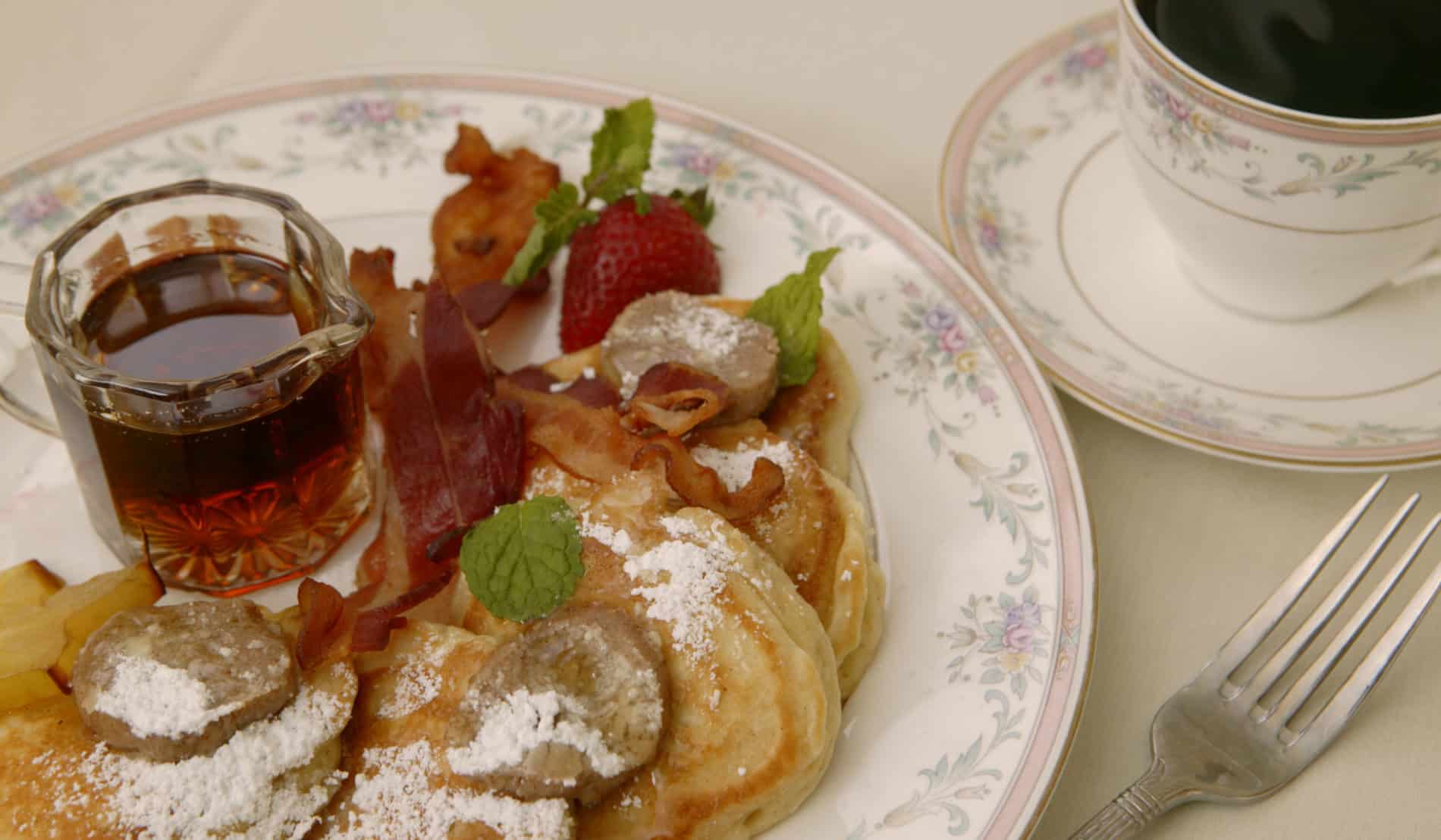 It’s the first day of fall!  For me, one of the best things about these next couple months is Honey Crisp Apples.  I love, love, love honey crisps and incorporate as many apples into my diet as possible this time of year.  I’d like to share a staple Captain’s House Inn breakfast recipe that puts apples to good use…Apple Dollar Pancakes with Cinnamon Butter and Apple Cider Glaze.  Whether you make your pancakes mini dollar size or giant flapjacks, this recipe is a great way to ring in a crisp, fall morning!

Mix the cider, lemon juice, cinnamon, sugar and corn starch in a pot and whisk. Heat SLOWLY to a boil. Simmer for a few minutes until clear and translucent. Whisk in butter and keep warm until service.

Garnish plate with slivers of apple and sauce.